Who cares? A play about carers is set to help educate people this National Carers Week 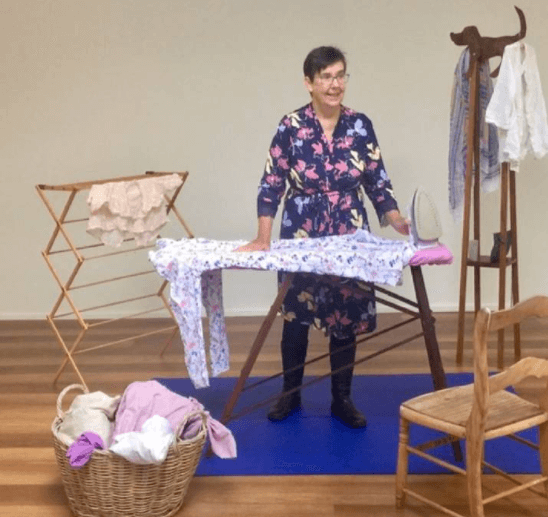 Caring for her mum left Helen Swain feeling isolated. She was in her mid-60s and as her mother and mother in-law became more dependent on her, she felt her world beginning to shrink.

That is until she reached out to Carers Tasmania. The organisation was able to help Ms Swain connect with people like her who were working unpaid caring for their loved ones.

Swain’s interactions with the other carers not only made her feel less isolated, but also opened her eyes to the litany of people who were sacrificing in order to help the people they cared for.

Those people were the inspiration for her one woman play Who Cares? The play focuses on the life of Claire, a carer who is looking after her mother.

Swain said the show explores the bittersweet reality of providing care to a loved one who is dying.

“I think isolation is one of the huge things that happens in a caring role,” she said.

“In a way I think it is self isolation because you have friends etc, but after a while you feel like you can’t go on talking about how your mother is or how whoever it is and you have less and less in common with people.”

Swain’s goal with this play was to educate people about the world of caring and carers.

She said people could expect a mix of comedy, levity and sadness from the play, which is an amalgamation of stories from the people she has met over the years.

“One of the ways people cope, interestingly enough … is by becoming almost obsessed with hobbies,” she said.

Carers Tasmania is helping to put on a showing of Swain’s play in Launceston next week to celebrate Carers Week.

Chief executive officer David Brennan said it was a great way for the public to learn more about what carers do.

“They provide 2.2 billion hours of care every year … this is a chance to celebrate the contribution they make not only to their family but to the wider community.”

Mr Brennan said one in six Tasmanians is a carer and encouraged people to take the time to thank carers for their contribution to society.

“In the street you live one in six houses has got a carer. So we really encourage everybody to take the time to identify carers, take the time to thank them for their contribution, say hello and wish them a happy carers week,” he said.

He said Swain’s play would help to educate people about the role and importance of carers.

“The replacement value of unpaid care that [carers] provide each year is estimated at $77.9 billion,” Mr Brennan said.

“That is bigger than Primary Industries as a sector of GDP in equivalent terms so imagine if they stopped providing the care.”

Swain thanked her director Carrie McLean and Tasmania Performs for all their help with the production.

Who Cares? will be playing at the Earl Arts Centre at 2pm October 14. Visit carerstas.org for ticket information.